In their search to find the perfect play toy for me that doesn't require my lazy humans to exert themselves, a new ball showed up in a tiny little box. I was not immediately impressed until they pumped that sucker up, and BOOM! 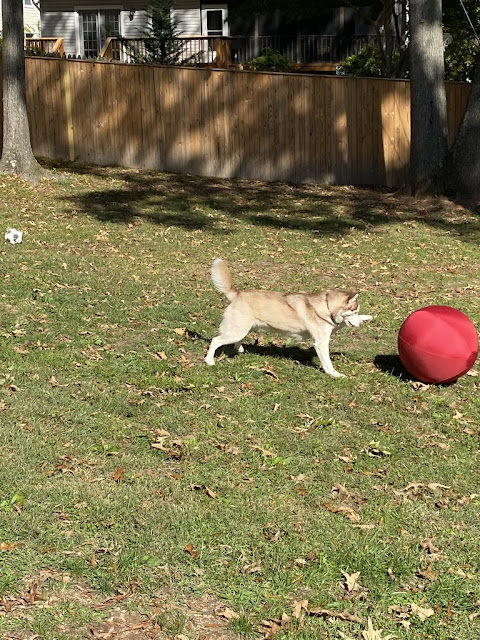 It's HUGE! Almost bigger than me, but it's lightweight and bouncy.

Sure, it's intended for herding dogs, and there's nothing wrong with herding dogs other than they really like to herd things, are bossy, and want you to go where they want you to go. I could see where it could be mistaken for a sheep (I'm just making that up so I don't get hate comments from herding dogs... those Border Collies DON'T have a sense of humor).

So, I've spent a lot of time doing this
And I've also discovered a new game called: Bowling for Toast
I do think that it needs a squeaky appendage for me to grab so I can fling it around the yard, perhaps a fluffy tail to grab onto and shake really hard. The best part of husky play is the capture and shake, and this ball is so huge, and has a chew proof cover that I'm not able to sufficiently stalk, chase, attack, and kill it... but I'll eventually figure it out. 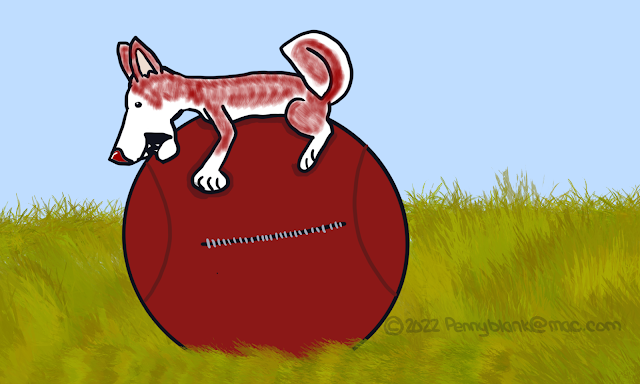