Sunday, a week before Christmas my iPhone decided it didn't want to charge any more.  Actually, it wanted to charge, but when you put the plug in, it was very loose.  I was convinced that I had messed up the charging port (too many times grabbing the phone thinking it was unplugged and yanking the plug out or something) and was pretty depressed with the notion that I may have to get stuck with a crappy iPhone 7 instead of waiting for the much hyped new 8's that aren't out yet.

I got online and tried to make a weekend appointment with a "genius".  My choices were:
Monday (the next day) at 5:45pm or
September 2017 or something.

I started driving to the mall early to anticipate massive traffic jams, and no parking at the mall.  I figured 2 hours.

To make matters worse, my phone was only at 30%, the only way to charge it was to hold the phone cord a certain way, and hold the phone a certain way, and this can't be done while driving so I didn't have any navigation aids.  I know how to get to the mall without navigation aids, but I'll be damned if I felt as though I was blazing a new trail for Lewis and Clark without a compass and totally lost.

I got there in like 20 minutes.  I found a parking spot 3 feet from the front door right away.

Damn... now I have like over an hour to wait for my appointment.

The inside of the mall was practically abandoned and void of people except for 6 million kiosk hand lotion salespeople.  I tried to make my way through the halls to the closest Starbucks without being harassed by walking quickly, head straight ahead (no eye contact with those people), and hugging the other side of the mall, but they were very hungry for customers.  Desperate for customers.  Probably hadn't sold anything for weeks needed someone to fall for their overpriced and totally worthless hand lotion.

They started YELLING at me from across the hall!  Some even ran up to me, pushing their sample at my face... I now know what antelopes feel like in the Serengeti plains.  At one point a guy screamed "HEY LADY, GET YOUR SAMPLE!", and I couldn't take it any more so I stopped, turned and yelled. 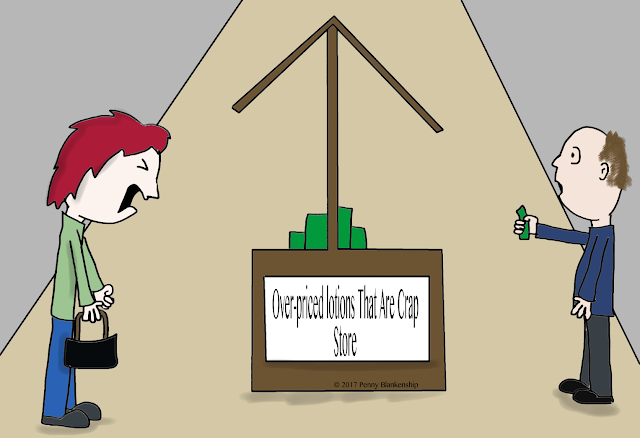 Just to make sure, I stared him down until he retreated behind his kiosk.

Oddly enough, after getting my latte and walking back through... not a peep.  Walked back through again... nothing.  They seemed afraid.  Mission accomplished.

I happened to look at a sign at Rack Room Shoes that said: 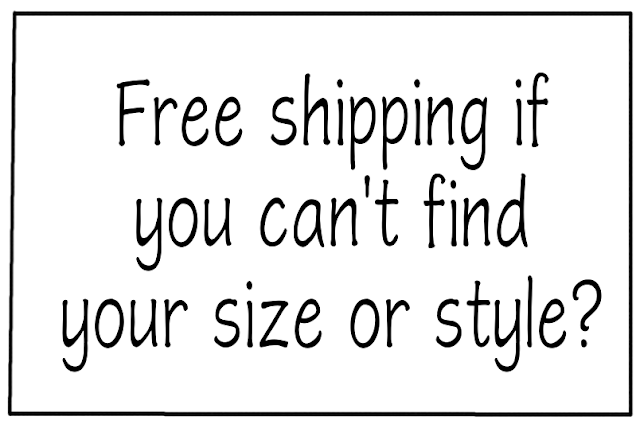 Thankfully I was distracted by the festive Christmasy music playing "Baby It's Cold Outside".  Recently this tune has been deemed horribly insensitive and triggering for some reason so I got to see hordes of sensitive people fleeing for the Mall Safe Space room. 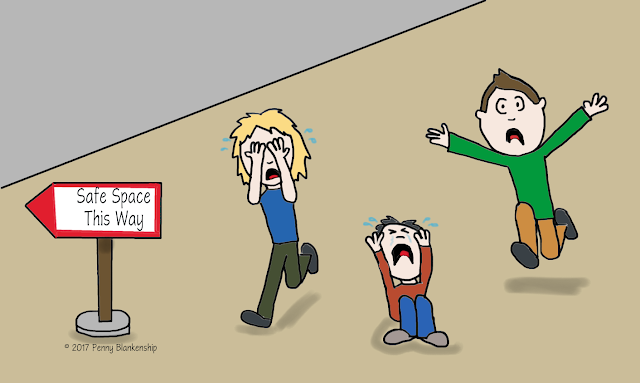 Ok, that actually didn't happen except for in my head, but it did make me laugh.

I gave up and decided to show up early to my appointment to see if they could squeeze me in.  There were 5 people in the Apple store, but the concierge told me to take a seat in the back on some wooden blocks (that were surprisingly comfortable) and wait for my appointment time... ugh.

Thankfully a Pre-Genius showed up and said that it was his job to get as much information as possible so the genius would know what was going on.  I explained, he smiled and pulled out a little tool.  Apparently my issue is quite common and it stems from random little bits getting crammed into the charging port and keeping the plug from inserting fully, or inserting wonky.  He proceeded to pick at things in the charging port... a lot of things... embarrassing things. 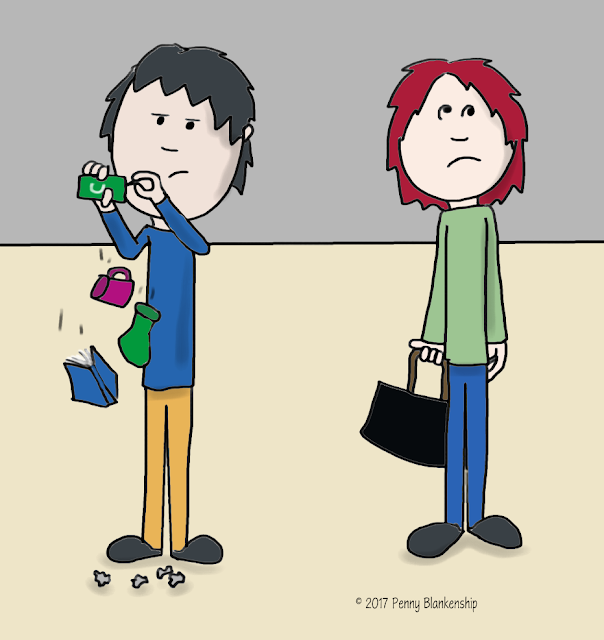 Oh well, at least my phone will charge now, so I guess it was worth all of the suffering.

This shouldn't be brain surgery.  It's underwear.  It serves a purpose, and only you and a few chosen people will ever see it, so why is it so damn complicated?  It's also ridiculously expensive.

I have some requirements:

Recently I had to grab some pants, and I also needed new underwear.

I always bypass the racks of underwear hanging up.  I don't want, nor need fancy shmancy expensive underwear, I want a pack of underwear, enough for a week preferably.  I head straight for the wall of underwear packs and immediately I'm angry.

First, I'm quite certain that nobody in any store bothers with organizing the wall of underwear.  It's just a mishmash of styles, sizes, manufacturers.  Why bother taking the time to hang it up, why not just throw them all of the floor?

Second, when did there become 5,000 different styles of underwear?


Third, the packs only come in 6.  SIX?  Does the world just go commando one day a week?  Is this like the great hot dog and hot dog bun fiasco?  Why can't they shove one more pair in there for the whole week?  I do spy a pack that has 6 and 1 free thrown in.  Unfortunately it's a pair of hipsters in size 6XL.

Fourth, each manufacturer has their own special sizing chart.  Once again, instead of just putting the size of your hips, or waist, that can't be done because "feelings" or something.  Apparently women can't be seen by the stranger scanning their pack of size 34 underwear without experiencing some kind of shame and stigma, they want to be a "2" or a "0" or some made up number that means absolutely nothing.  Instead we are forced to look at the back to figure out what size you need through a convoluted scale of measurements.


I had written down the brand and size that I already had, but of course, the manufacturer had changed its sizing chart, so that was worthless.  I made a rough estimate using the dimensions of a Russet potato, picked the style I wanted, and then proceeded to try to find that one in the wall of underwear.

Of course, the ONE pack that has everything is the ungodly fugly designed ones.  The pack that has the colors and style you want are either size 56XLLL, or someone has opened the pack and done who knows what to the underwear. 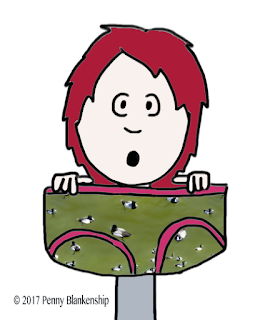 By some fluke I was able to find the style and size that I could live with, and they actually fit.  Now I want to stockpile them so I have enough for my entire life because I have no idea what underwear shopping will be like next time.