"Wait until the insurance company hears this claim. Logan bit XXXXX's car....right down to bare metal. I think he was bored."

Logan is a horse 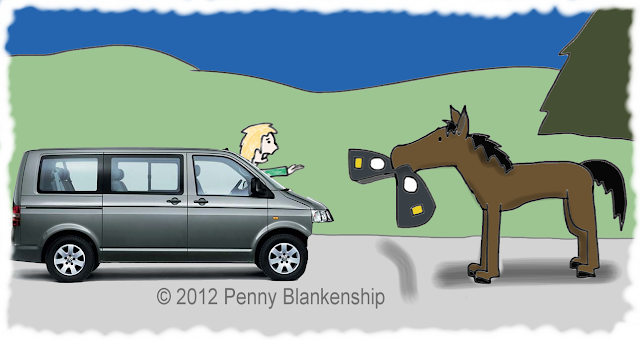 "Getting bad here now. We went to supermarket for some last minute things, its a ghost town with nothing open. tried to score something to eat, behold the Pizzaria's around are the only last remaining food to be had....but when I got out of the car and was holding it a huge hurricane gust almost scored my pepperoni pizza and the box started folding and twisting but I saved it by running to the inside of tahoe back.....ok no more outtings till all this is DONE! I sooo thought that while my Pizza was flopping around from the carton peeking out...on top of it my umbrella broke going the wrong way out! And I was trying to throw my hoodie on my head" 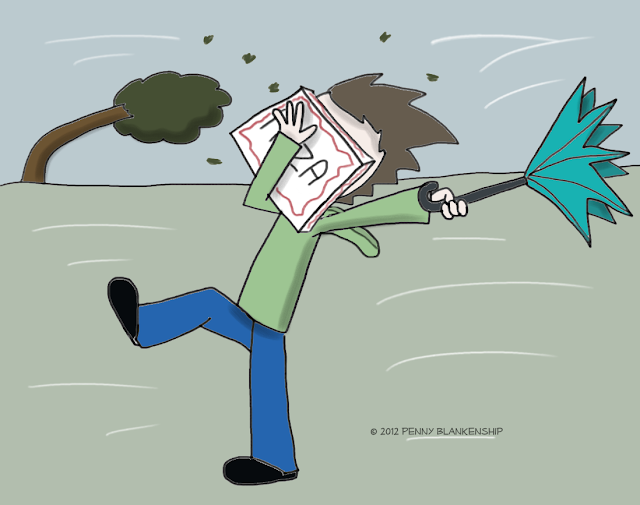 "My morning newspaper was under a bush. In my jammies, I stepped down to get it and fell about 3 feet, hitting and knocking over my angel statue and landing in the bush. It's cold & raining so I got covered in mud & leaves. Just as I was getting up, the Insight repairman walked up to my door. I'm going back to bed." 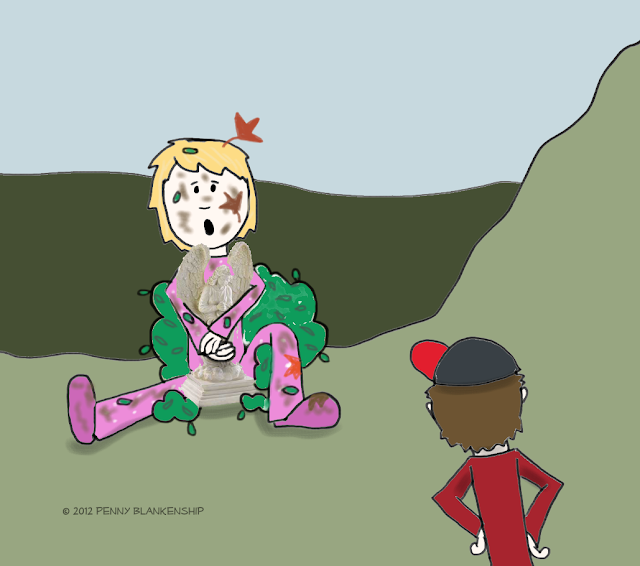 "should i be concerned about having no candles? the library where i work is closing at 7 pm due to the storm. if you don't hear from me within a few days, the cats have probably eaten me. ;)" 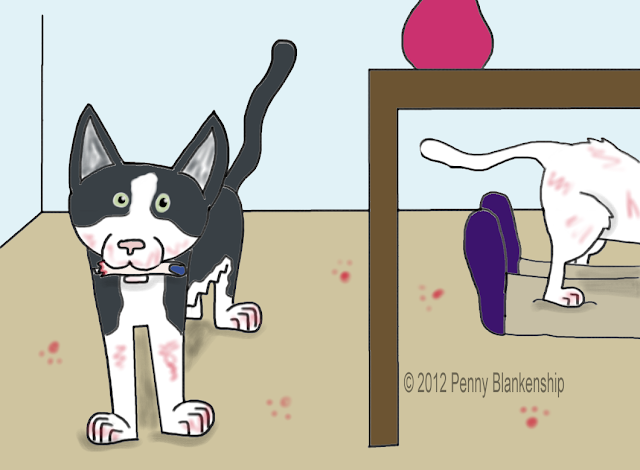 What with the fun-fest that was Hurricane Sandy hitting us Monday and Tuesday, when we lost power I had my sketch pad, pencil, and plenty of spare time to jot down our adventures... here they are.

Immediately after losing power around 5:30pm Monday, the first thing was to run to the back room and begin sucking out water from our sump hole as it filled rapidly.  Thankfully we learned from last time and had hose and waterbed drain kit handy, so while hubby hooked everything up, I used a boat bilge pump to dump water. 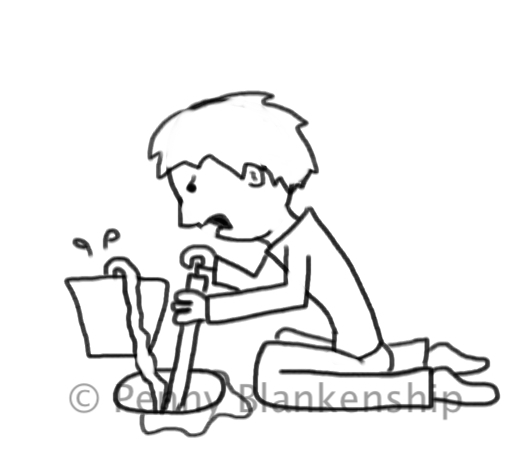 After the water was being sucked out fast enough, pretty much all there was to do was sit in the dark.  It is simply amazing how fast you get bored without power... computer... coffee... light 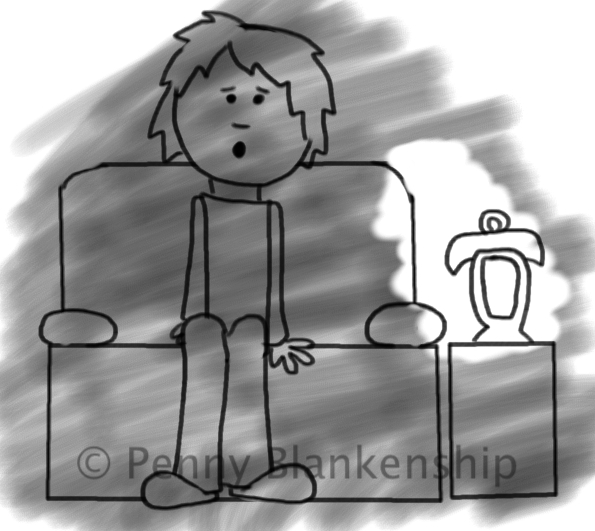 The poor dogs were pissed that it was not only raining, but the wind was blowing at a gazillion miles per hour.  They were more pissed that they were not allowed to venture without a collar and leash to their designated (by their choice) poo and pee spots and were being forced to "do their business" under the deck in case a tree fell down.  While hubby held the lantern, I braved the elements in my rain gear while each dog disdainfully sniffed under the deck and refused to "go". 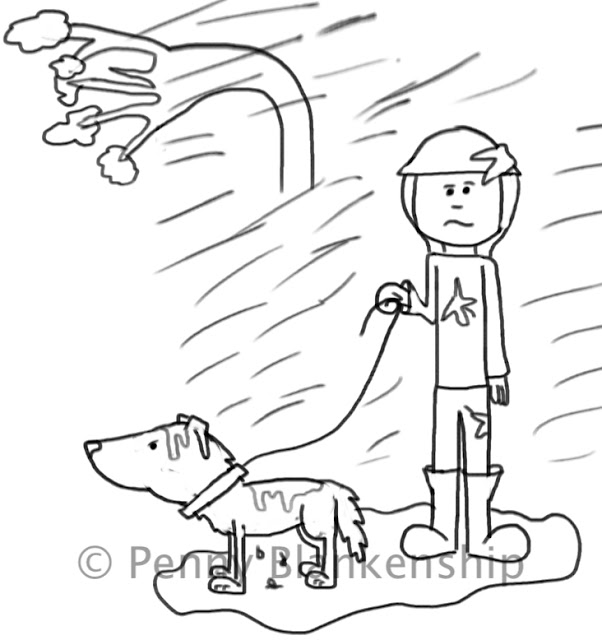 Later in the night, we took turns sleeping while the other watched to make sure the sump hole was draining and to alert the other if the roof was ripped off (frankly I think whoever was asleep would have heard that happening).  The dogs used me as a pillow 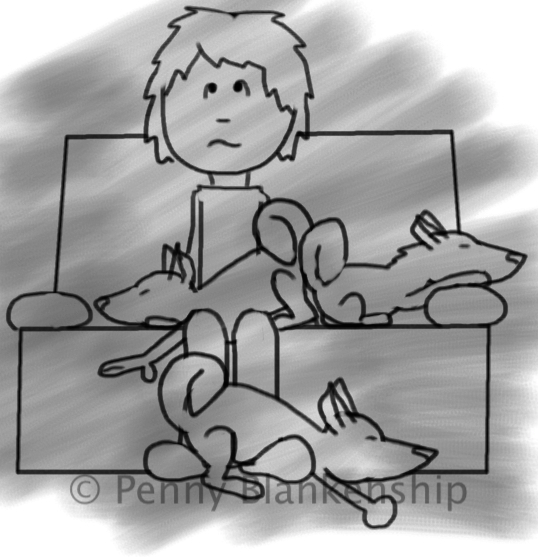 We have a gazillion computer UPS, so we were able to charge our iPads and iPhones and I was able to facebook sporadically (hey, still no power, really windy and rainy, still here), and play bejewelled and angry birds to keep occupied.  We also had a battery powered (and crank) radio, so we listened to a local AM station that was taking calls of people bitching about not having power, or how they went out and drove around and ran into fallen trees... idiots.

Finally morning came and we could turn off the lanterns and see where we were going.  No major damage to the house and only some large branches down in the yard.

We did see a BGE (electric company) truck drive down the street behind us, and we actually refrained from doing this, but it was tough 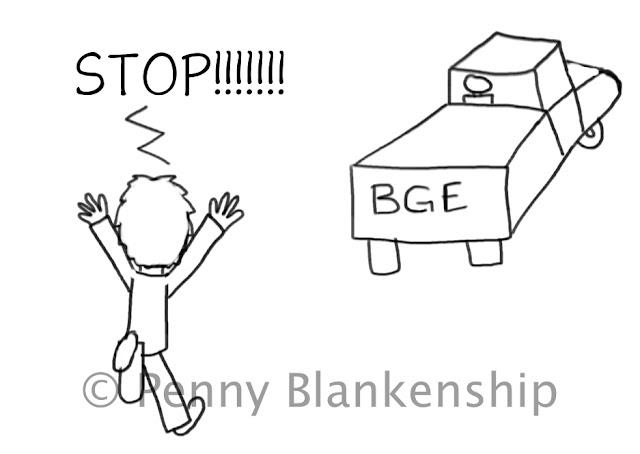 Since the rain had all but stopped and the wind was still about 30mph, we cranked on the propane grill and made coffee... and warmed ourselves on the burner because DAMN it was cold 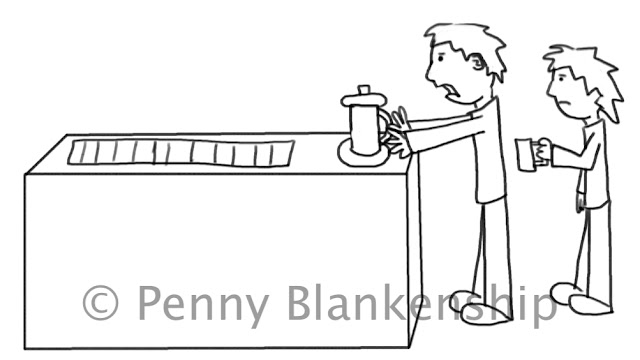 Sipping hot coffee was like staying in the Ritz Carlton at that point, so tasty and warm... we sat in our living room relaxing for a bit when the F*$&#^%&$ fire alarm went off.  Apparently it was cranky because the alarm back-up battery was dying and it couldn't communicate with the alarm company as our FIOS line backup died hours earlier. 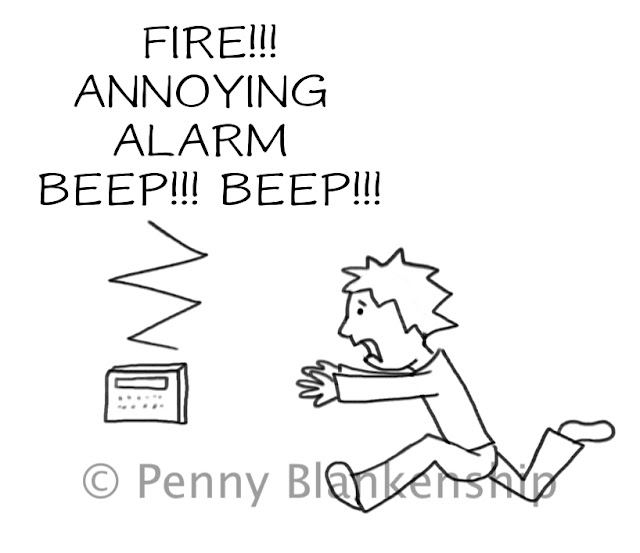 We shut it off at the keypad and sat back down again... but every half hour the stupid thing went off.  I was all like this 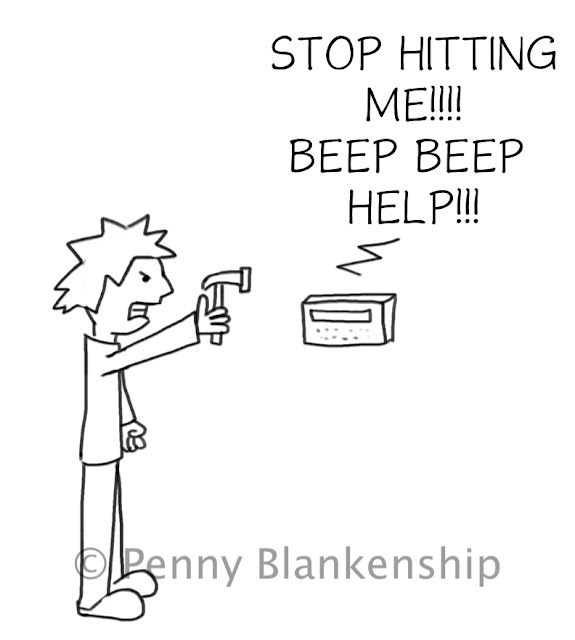 But hubby told me to calm down, now wasn't the time to lose control, everything was fine, nothing to be concerned about.

After the 50th time it went off, hubby was all like this 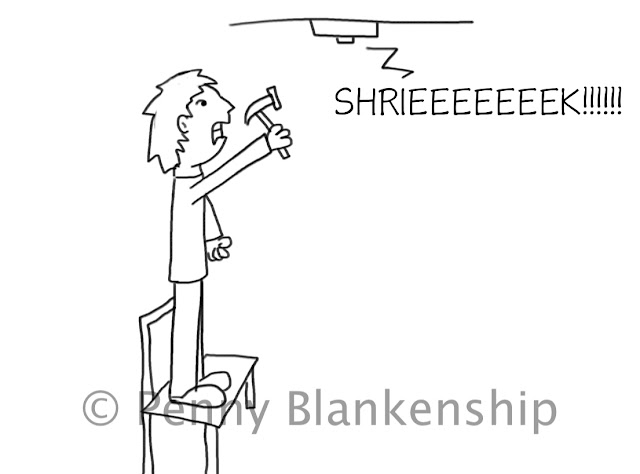 We ripped the batteries out of the MoFo and finally had peace and quiet, so we decided to wait for the power to come back on by standing at our big picture window and looking pathetic. 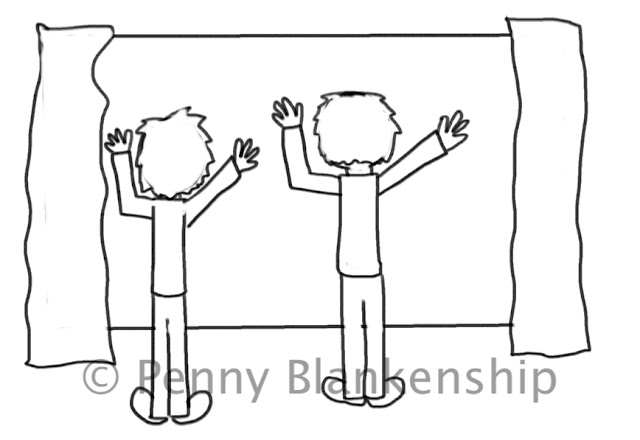 We heard a truck and danced with joy, only to find out that it was our neighbor.  He had a generator that he lent to a friend who was returning it... and five minutes after our neighbor fired up his generator... we got power back... hehehehe.

From there, it was the culling of the fridge items 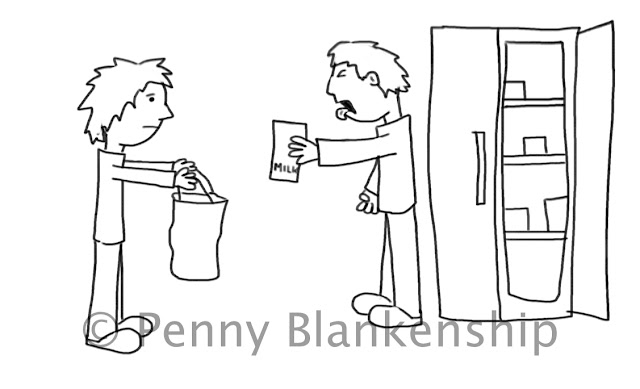 The stuff in the freezer stayed cold thanks to baggies of ice we threw in there, so generally all we lost were milk-related items that we just didn't trust.

We were very lucky, unlike some of my friends up in New Jersey and Staten Island who continue to suffer with flooding, no power, no food, no water, no FEMA, no Red Cross, just local support structures, so if you get a chance to donate stuff to good Samaritans driving stuff up to those places, please donate!

Meanwhile we just got word that a Nor'Easter is heading our way around Tuesday... we haven't unpacked any of our survival gear or returned anything to the deck... why bother.